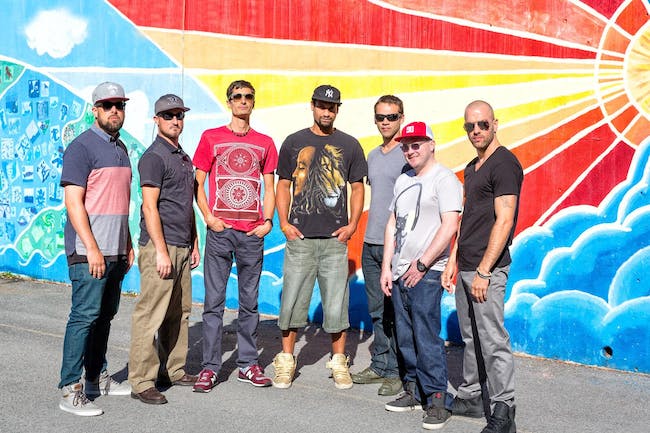 iCal
Google
Gunpoets Coming at You LIVE from The State Theatre Stage!

HOW TO TUNE IN:

and at Monks On The Commons!

Voice as a weapon, words as bullets, spreading the universal message of peace, love, and justice through music. Sure, there's a cynical cultural tendency to make certain assumptions when you hear the word "gun" associated with rap music, but this seven-member live hip-hop band from Ithaca, NY, runs contrary to that image with their positive message and uplifting performances.

Since the band formed in 2008, their stellar catalog of albums and dedication to an ever growing and energized fan base has helped propel them to the top of the Central New York music scene. In addition to being one of the top homegrown acts in their musically rich hometown, Gunpoets have become staples at regional festivals such as the Finger Lakes GrassRoots Festival of Music and Dance and the Great Blue Heron Music Festival. Progressively, over the band's eight years together, they have also become in-demand headliners at clubs and concert series across the Northeast.

All concerts in this series are free, all ages, and family-friendly. Our 2020 CFCU Summer Concerts usually take place on the Bernie Milton Pavilion on the Commons. This year, the State Theatre of Ithaca is supporting our shows by hosting our streamed concerts from the State Theatre stage.