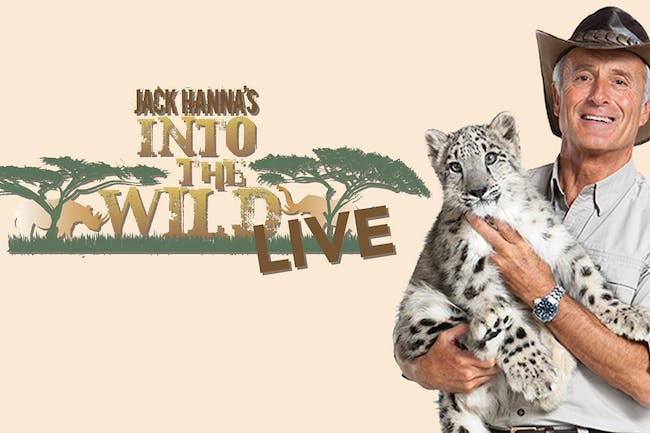 iCal
Google
Fans can expect to see animals such as a baby cheetah, a joey (baby kangaroo), a baby tiger, and much more.

John Bushnell "Jack" Hanna is an American zookeeper who is the director emeritus of the Columbus Zoo and Aquarium. He was director of the zoo from 1978 to 1992, and is viewed as largely responsible for elevating its quality and reputation.

Jack Hanna, who has traveled the world and made television appearances on shows such as The Late Late Show with James Corden and Good Morning America, will be bringing his favorite animals to The State Theatre of Ithaca. Fans can expect to see animals such as a baby cheetah, a joey (baby kangaroo), a baby tiger, and much more. Children and grandparents alike are sure to fall in love with Jack and his furry friends by the end of the night.

Jack Hanna is the host of his Emmy award-winning television shows Jack Hanna’s Into the Wild (now streaming on Hulu!) and Jack Hanna’s Wild Countdown. He is also the Director Emeritus of the famous Columbus Zoo and Aquarium and The Wilds. Through his decades of experience with animals around the globe, Jack will have many great stories to tell to the animal lovers of Kansas City. (He has even brushed a hippo’s teeth!)

Jack, along with his TV crew, have had the opportunity to travel to Africa over 40 times, and have traveled to each continent at least twice. Jack says Rwanda has captured his heart, where he has observed mountain gorillas and interacted with the community. He is a proud supporter of a number of wildlife and humanitarian organizations in Rwanda, such as Gorilla Doctors. America’s Favorite Zookeeper has worked for decades to protect animals and spread the word about wildlife conservation.

Not only is he a wildlife lover and enthusiast, he is an author of 15 books. His most recent children’s book Jack Hanna’s Awesome Animal Almanac, which makes learning about animals more fun than ever before.