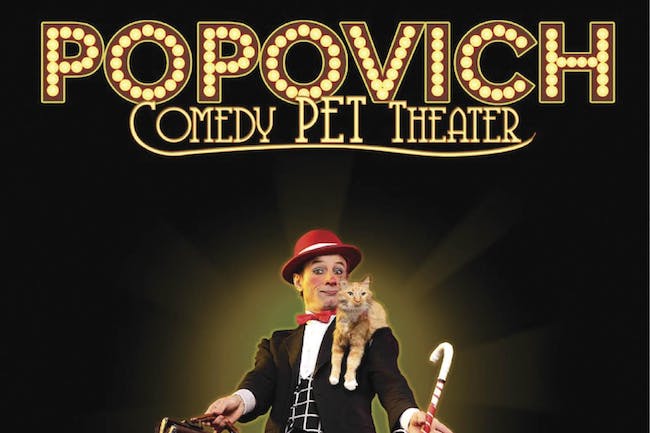 Presented By State Theatre of Ithaca

he Popovich Comedy Pet Theater offers entertainment for the whole family, featuring the unique blend of comedy and juggling skills of former Moscow Circus veteran Gregory Popovich and the extraordinary talents of his performing pets. His entourage consists of world-class jugglers, Diamond the Shetland Pony and over 30 performing pets including house cats and dogs (all rescued from animal shelters!), geese, white doves and parrots.

The Popovich Comedy Pet Theater has a rich performance history, presenting thousands of shows in more than 20 countries and is currently in its 12th season at the Planet Hollywood Resort/Casino in Las Vegas. Popovich’s 2014 independent film “Popovich and the Voice of the Fabled American West” recently won the Audience Choice Award at the 17th annual Dance with Films Festival in Los Angeles.

"I have actually nicknamed my show 'A Second Chance' because that is what my cats and dogs have been given, a second chance at life," Gregory Popovich says founder of the Comedy Pet Theater and author of "You can train your cat".

With a new production and even more rescued animals on stage, Popovich supports animal rescue shelters across the county and will be donating a percentage of tickets sales to the Humane Society of America.

Over 30 rescued pets will be performing on stage! 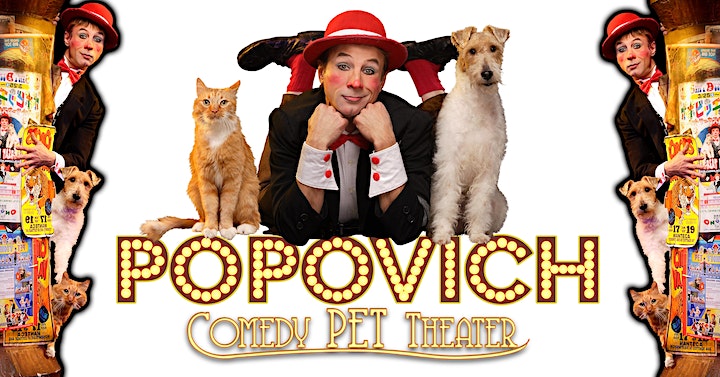